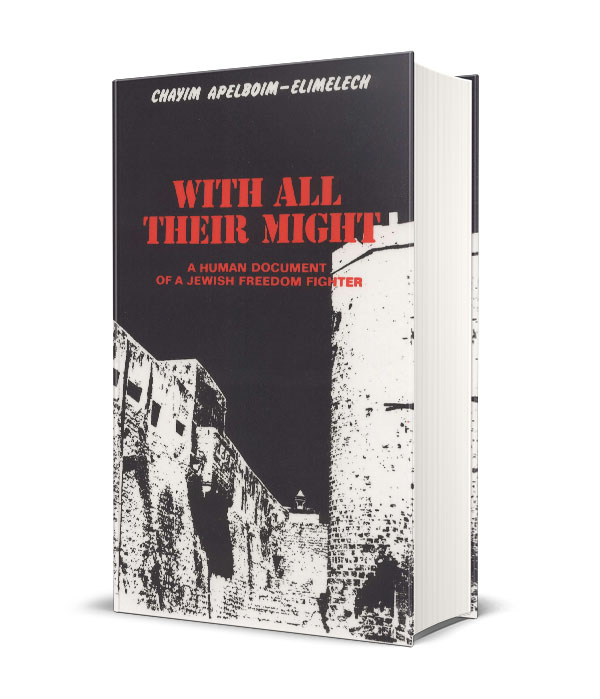 Chayim Apelboim – "Elimelech" participated in one of Lehi's most important operation, the attack on the Central Railway workshops in Haifa. As the force withdrew, they were met by British forces near Kiryat Ata. Eleven of them were killed and 23 of them, including Apelboim, were captured and imprisoned. Later on, Apelboim and his comrades broke out of prison, and during the escape, he was shot and died almost instantly. This book is the diary he wrote in prison, which he managed to smuggle outside to his wife, Hanna, who also participated in the attack but who managed to escape. The book includes pictures, drawings, poems, letters, news excerpts, and a description of the Akko prison break.